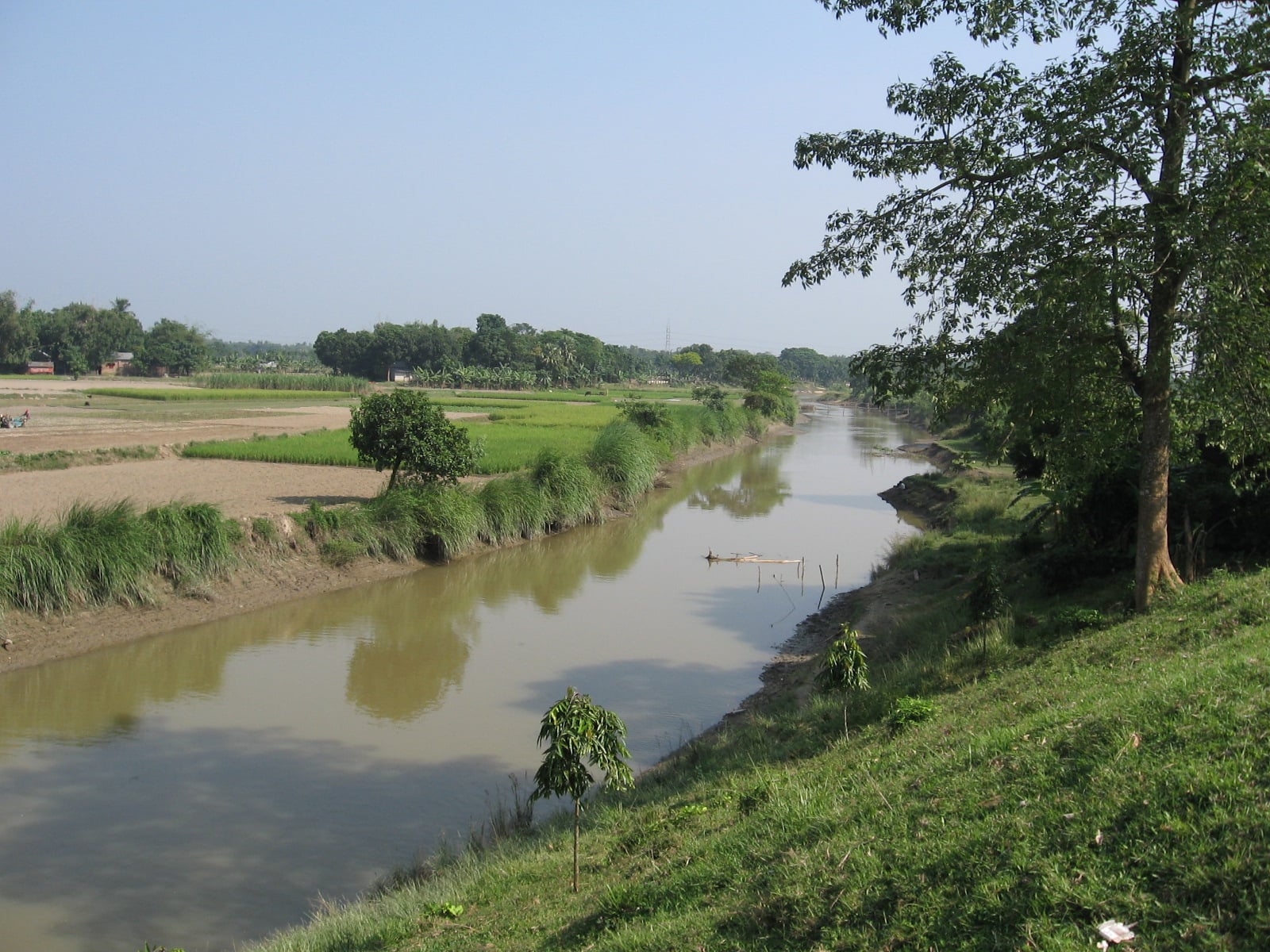 Preparing fake documents by land grabbers to occupy a part of the river and constructing establishments. Already a huge part of the Karatoa River at several spot had been occupied by land grabbers in Bogra and Gaibandha dristict in Rajshahi claimed by Bangladesh Water Development (WDB) Board and the Department of Environment.

Powerful people of those are have occupied large areas of land on both sides of the river in the two districts. Their aims of those people are build multi-storey buildings there. The environment department identified grasped river land where some people including Non Government Organizations (NGO) even included Thangamara Mohila Shabuj Shango and Diabetic Hospital in Bogra.

WDB Bogra district Sub-Assistant Engineer AKM Najmul Hassain said that already has been occupied for farming and other purposes by encroachers about 57 kilometres of the 86.75 kilometres channel from Khalisha to Khanpur.

The river lost Khalisha in Gaibandha to Khanpur channel in Bogra which is considering as main channel of the river before about 23 years ago, said WDB officials.

To run water flow of the river, WDB in Khalisha area constructed a three-vent control device in 1989. Farmers on both riverbanks started cultivation of Boro (One kind of crop) and other kinds of seasonal crops from Khalisha to Khanpur from the beginning of the winter period.

The environment department has been taken an initiative to restore flow of the river from Khalisha of Gobindaganj upazila in Gaibandha to Khanpur of Sherpur upazila in Bogra district. WDB sources said that the department prepares to make gabbers’ list to expel them and restore the river channel.

M Inamul Haque mentioned in his book ‘Water Resources Management in Bangladesh’ that from the Rennell’s Map of 1779 it come into sights that the Karatoa began from the foothills of the Himalayas in Darjeeling of West Bengal (India) and joined the Atrai river in the plains. According to the DoE Bogra officials, the river is dangerously polluted by chemical, household and industrial waste presently.