Gulshan Lake not in Government Spotlight 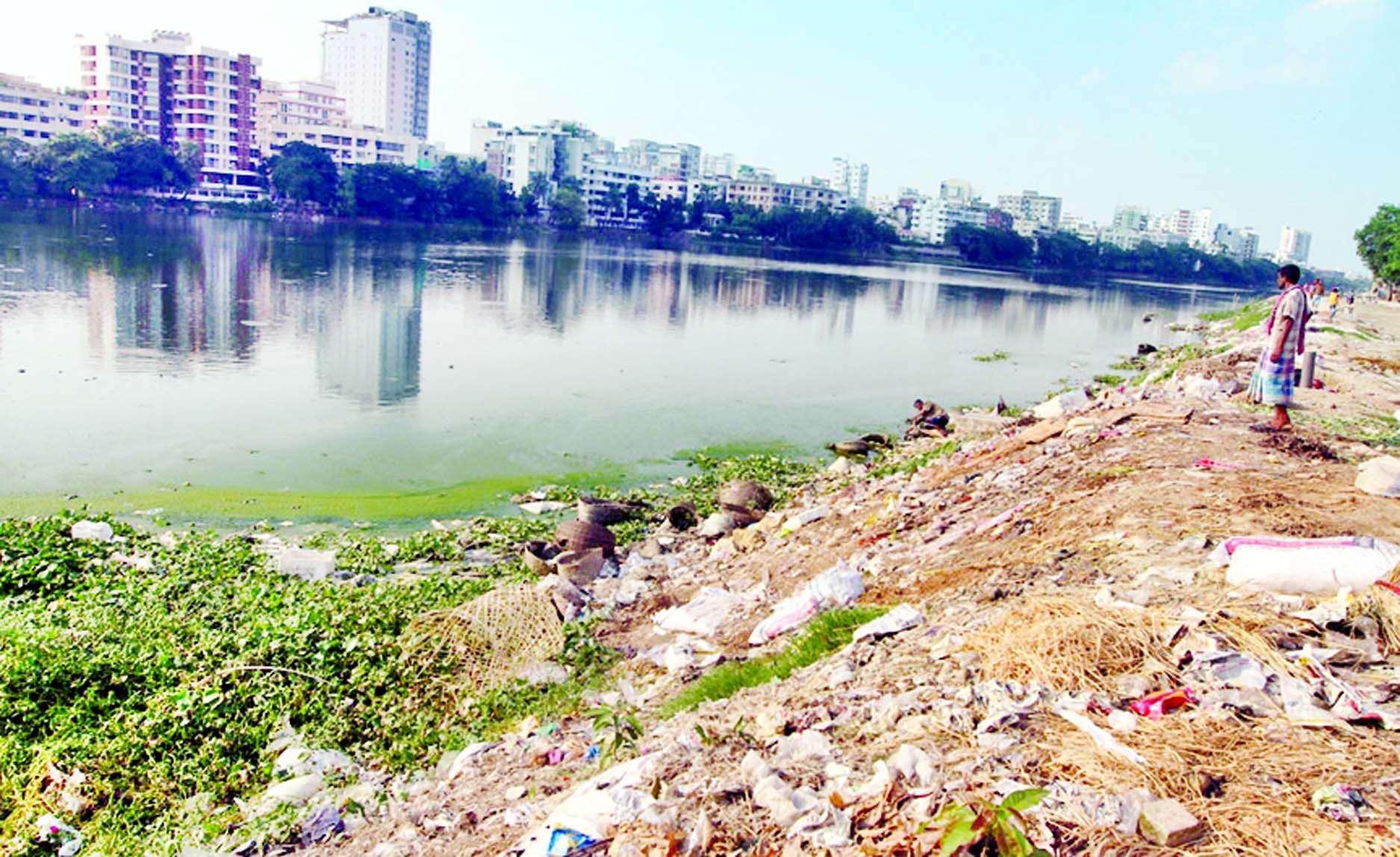 There has not been sewage and household dissipates did not stream into the Gulshan lake in a single day. Gulshan Lake, located Gulshan-Baridhara area was officially marked an Ecologically Critical Area (ECA) to save the water body from becoming pollution. And also to protect it from infringement which was declared before 12 years.

According to the grapevine trying to convince people that it was central to safeguard it for the ecology of Dhaka city, two giant signboards of the Department of Environment (DoE) of the government have been posted on either end of the lake since November 26, 2001.

Although there have been a lot of environmental law and organization but the Gulshan-Baridhara Lake continues to get more polluted day by day for not taking any steps from law implement departments, claimed environmental lawyer Rizwana Hasan.

Whatever, officials of DoE claimed that Dhaka Wasa and Dhaka City Corporation are trying to stop pollution in the Lake.

It’s important that Rajdhani Unnyan Kartripakhha (RAJUK) undertook a plan to build a 40 feet road along the eastern shoreline of the lake.

Incidentally, to survive any kind of life in a water body, the minimum standard required level of break up oxygen is six milligrams per liter. The ECA rule was established in the year 1999 under the Bangladesh Environment Protection Act, 1995.

There of 12 ECAs have been identified in . These areas are Tanguar Haor, Hakaluki Haor and Marjat also need to be protected. Shores of the lake are used as dumping ground for city waste